Receipts can now be branded and completely customized using Studiometry’s powerful, built-in template editor. Studiometry can create receipts for incoming payments, and even have them automatically emailed to your Clients. Now these receipts can display your company logo, branded colors, custom notes, and anything else you want to include. 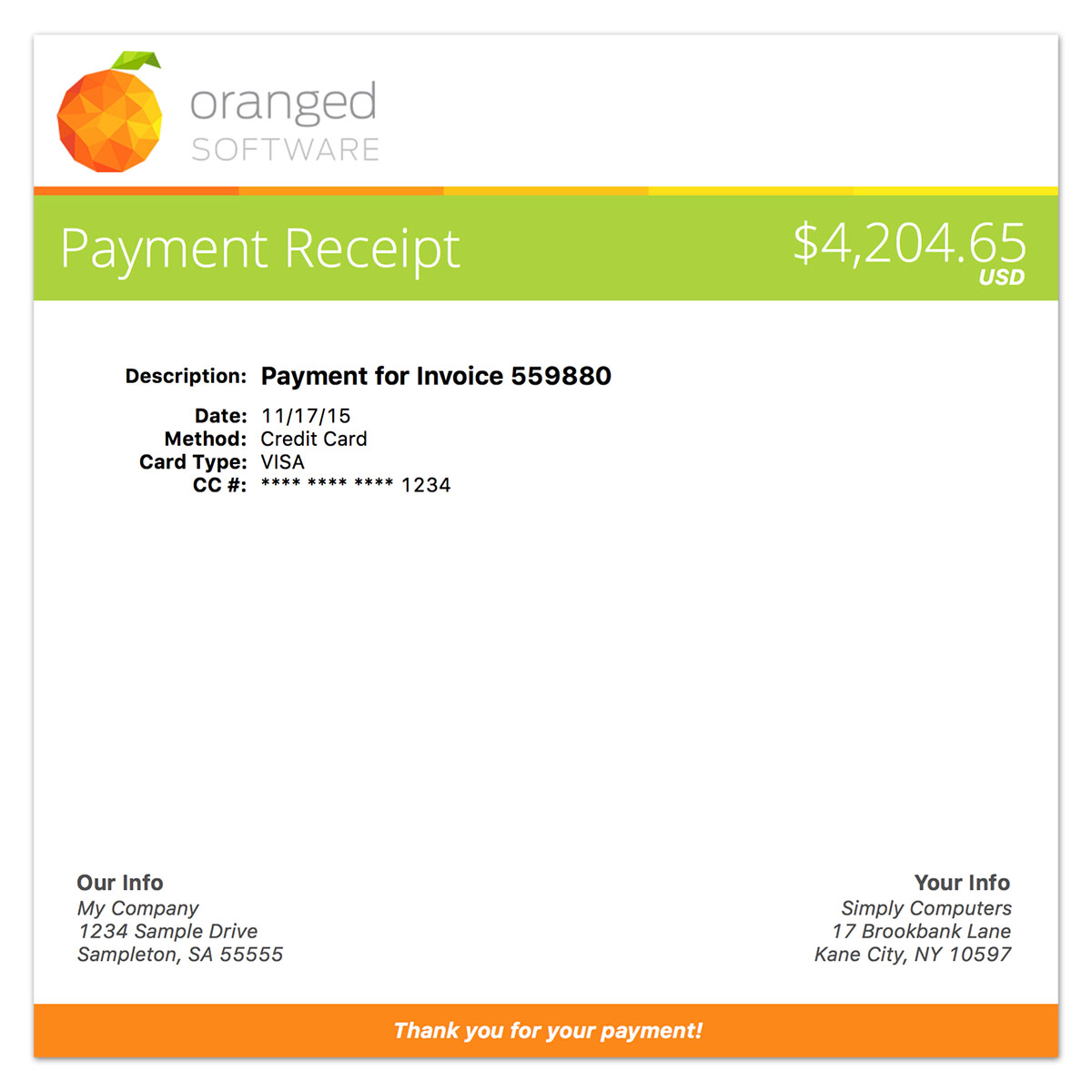 Studiometry 12.1 also adds several other features and fixes in this free update for registered 12.x and Studiometry Cloud users. See the version history link below for all of the details.

Apple News is a great way to read about the stories and topics that interest you.  There are countless blogs and posts on project management, invoicing, CRM, and everything else Studiometry and Accounted users might find interesting. And now you can now access our blog from Apple News!

Here’s the direct link you can use on any iOS 9 device:
Oranged Software Blog

After the blog loads, you can click the “+” button in the top right to add it to your list of favorites.

Studiometry 12 was released in October with over 120 new features and updates. If you haven’t seen all of the great new features yet, here are a few:

Studiometry 12.0.2 adds several features and fixes in a free update for registered 12.x and Studiometry Cloud users. This update adds to the power of your customizable Project Stages. You can now filter by stages in smart groups, and filter and sort custom summaries by Project stage. We’ve also improved syncing reliability for both the Cloud and the non-Cloud syncing services. See the version history for all of the details.

If you own any previous version of Studiometry, you can upgrade to version 12.x for a discounted price and get all of the new features as well as free updates until version 13 is released.

Accounted is our snappy, pro-level accounting app that works great on its own or as Studiometry’s sidekick. We’ve updated version 4.x with several new features and fixes. This is a free update for registered 4.x users, and registered users of any older version can update to Accounted 4 for a discounted price.

This update improves the printing capabilities of split transactions, adds several features making it easier to access and manage your data location, and fixes a few minor issues from the 4.0 release. See the version history for more information.