Accounted is a sleek, smart accounting application that helps you manage your company’s books without having to be an actual accountant. Accounted 4 ships today with over 50 new features, improvements, and fixes.

Accounted 4 is insanely fast. It does some behind-the-scenes magic to split your data into fiscal years while still keeping everything in one file. So what does this actually mean? Accounts load way faster. Transactions and balances are calculated almost instantly. You can “load” a specific fiscal year, or show your entire account history without opening separate files. 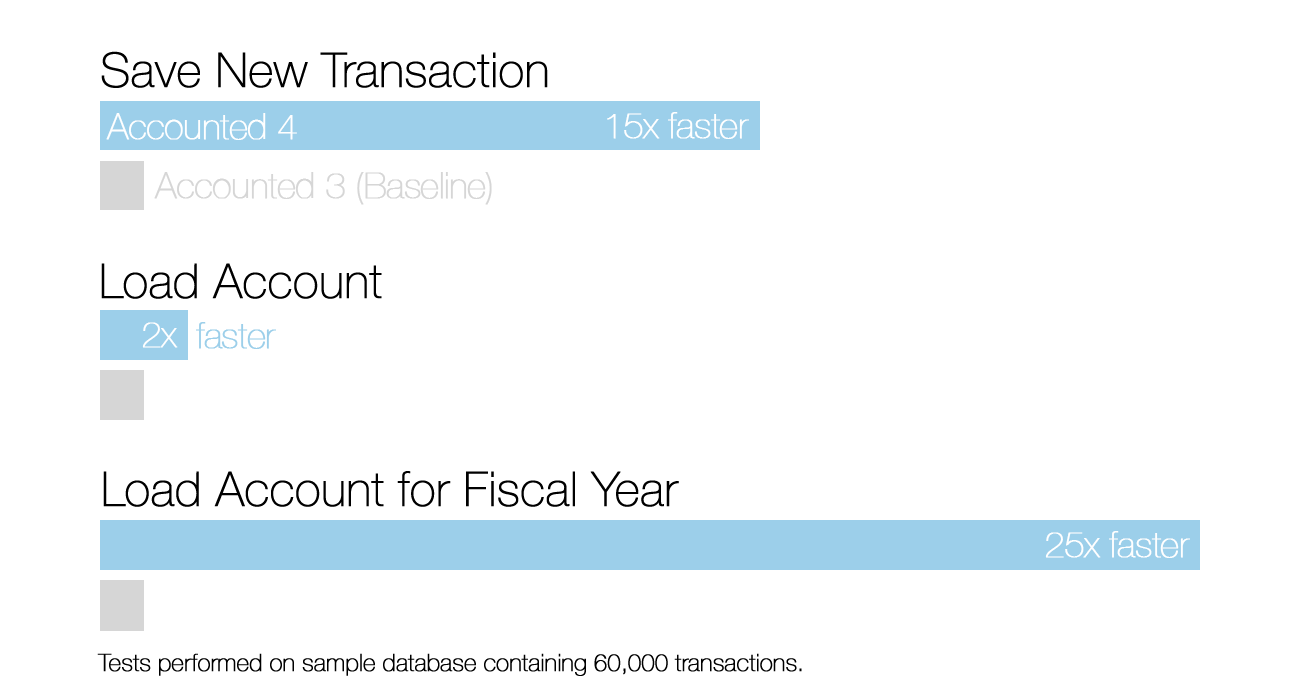 A new Company Overview gives a quick snapshot of activity over the past 30 days. You’ll be able to see a visual representation of the top income and expense accounts, and the changes to balances in your bank accounts. 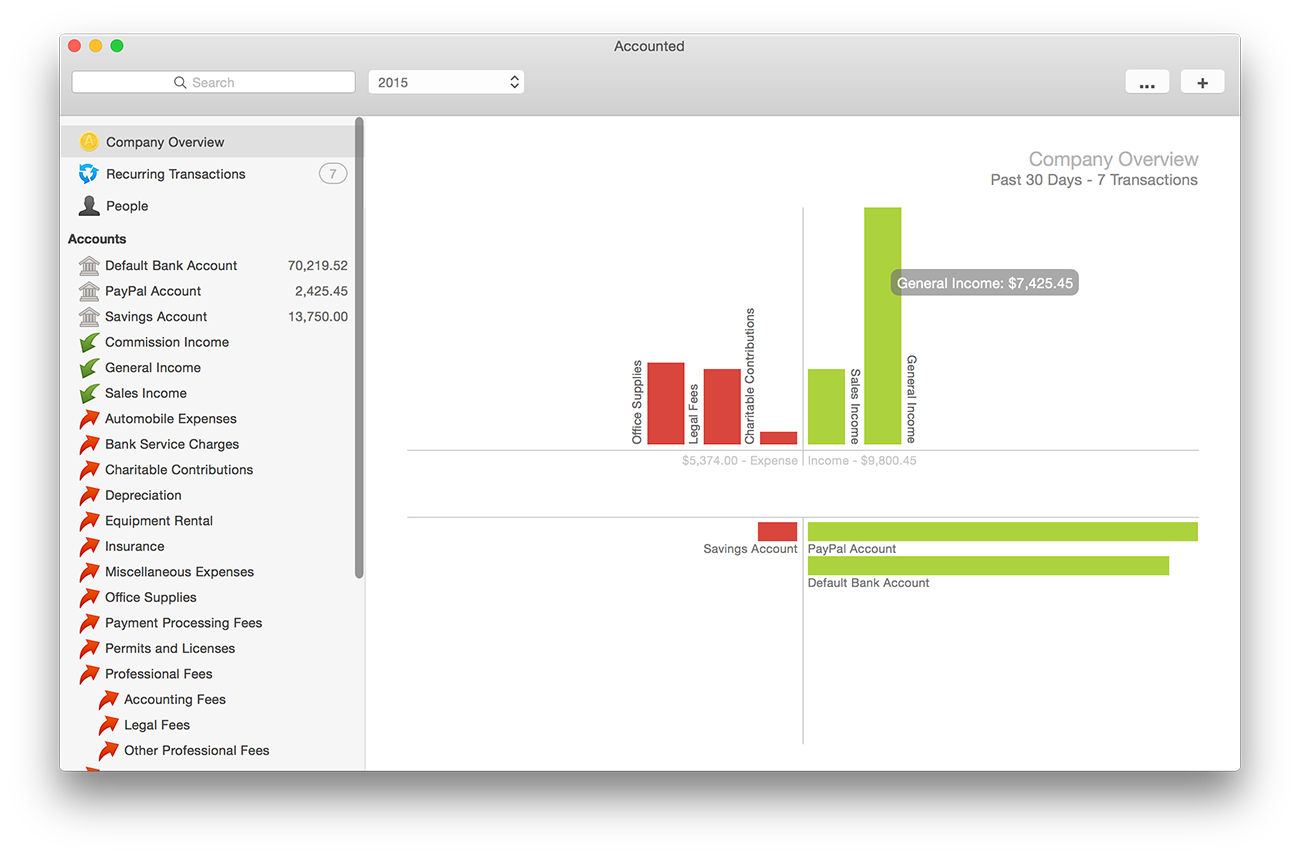 Full Retina Support and new Yosemite-inspired interface. Accounted 4 has a cleaner, sleeker interface inspired by Yosemite. Translucent cues, vibrant icons, and less clutter make Accounted 4 as pretty as it is powerful. Plus, all of the icons and views have been updated to take advantage of the beautiful screens on Retina MacBook Pro and iMac 5K. 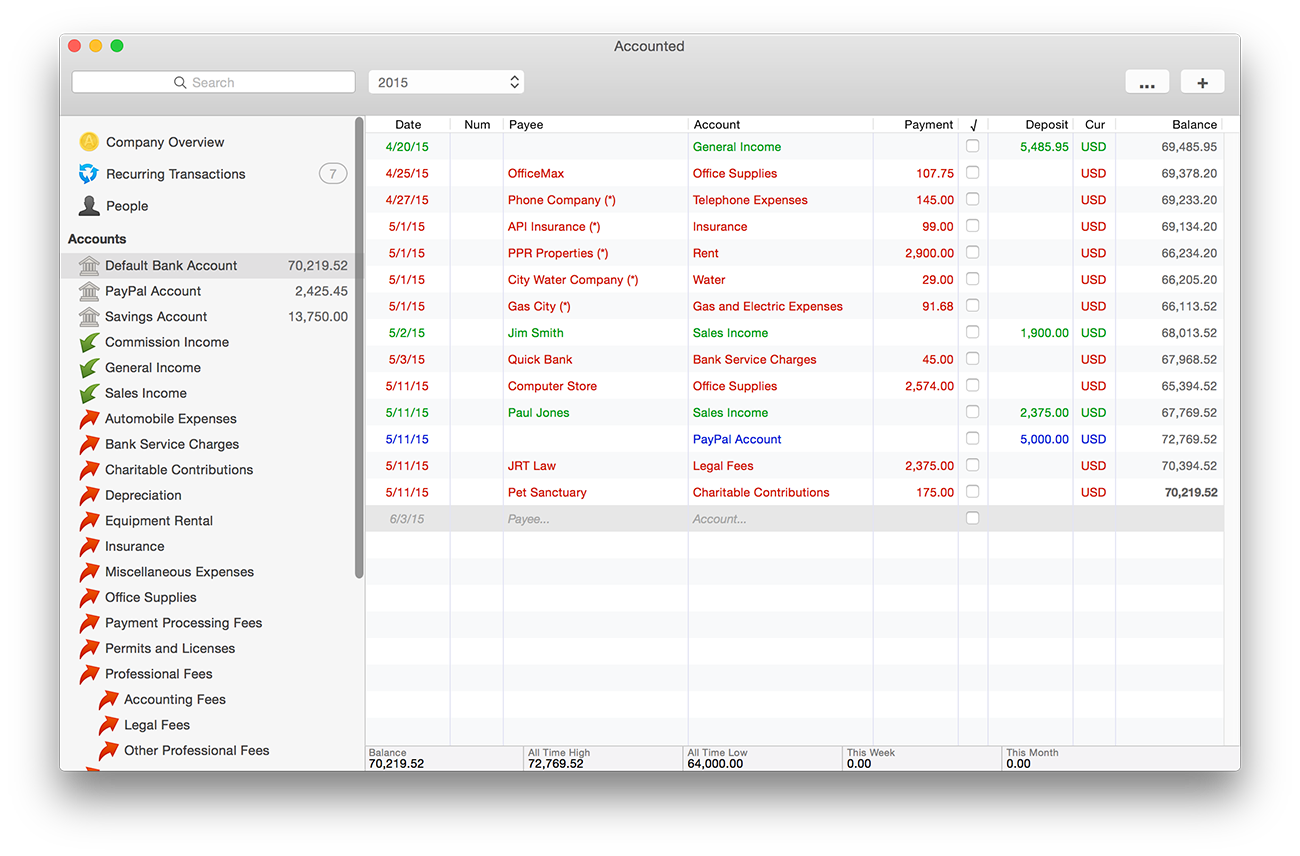 Many other new features and enhancements have been added, including program-wide search, a new general ledger report, recurring transaction and people views in the main window, improved accounts payable and accounts receivable, and more.

The full version history is available at:
http://www.oranged.net/accounted/versionhistory/

For a closer look at the new features in Accounted 4, please visit:
http://www.oranged.net/accounted/whatsnew/

Accounted 4 is available now for $79.95 USD. Upgrades from any older version of Accounted are available for $39.95. All licenses include free updates until the next optional major upgrade.
http://www.oranged.net/store/